The following articles are set forth as the By-laws of the Chalmers Neighbourhood Renewal Corporation, hereafter referred to as CNRC or the Corporation.

The geographic boundaries of the Chalmers Neighbourhood include Henderson Highway (west), Munroe Ave (north), Raleigh Rd (east) and as you enter the neighbourhood (south) from Archibald/Watt St near the Nairn Ave. overpass or from either of the Disraeli or Louise Bridges.

CNRC is committed to revitalization by supporting community led action plans and working with residents/stakeholders to strengthen neighbourhood capacity. As part of this commitment, CNRC is dedicated to ensuring that residents benefit from meaningful consultation and public participation opportunities.

A major priority for CNRC is the development of neighbourhood based strategies and initiatives which address poverty related issues including housing, food security, education, safety and health/wellness.

Any resident or person who works or participates in community within the geographic boundaries of Chalmers Neighbourhood,  who is at least sixteen (16) years of age and who supports the purpose of the Corporation, is eligible to be a member upon registration.

There shall be no membership fee.

CNRC will hold its Annual General Meeting within one hundred and eighty (180) days following the end of the Corporation’s fiscal year. The Annual General Meeting shall review the audited financial statements for the preceding fiscal year, appoint an auditor, conduct elections for board directors, amend these bylaws under the provisions set out in Article 6.6 and conduct any other such business as may come before it.

A special meeting may be called at any time by a resolution of the Board or on written request of at least five (5) Directors or twenty (20) Members. A Special General Meeting will consider only matters set out in the meeting notice.

Members will be notified of the Annual General Meeting or any Special General Meeting no less than twenty-one (21) days prior to the scheduled meeting using a variety of media. The notice will set out the matters to be presented and considered.

Annual General Meetings and Special General Meetings shall be chaired according to Robert’s Rules of Order and resolutions (unless otherwise specified in these by-laws) shall require a simple majority to pass. The chair may temporarily suspend the formal rules of debate on one or more issues in order to engage in a facilitated or alternative discussion process for the purpose of establishing the broadest possible consensus prior to the formal consideration of the resolution.

(a) For those Members who are attending in-person, votes shall be tendered by way of a show of hands;

(b) For those Members who are attending by video-conference, votes shall be tendered by way of any of the following methods:

(ii) Through a video-conference chat feature, if applicable;

(c) For those members who are attending by tele-conference, votes shall be tendered verbally.

Where the Annual General Meeting is conducted by way of video-conference, teleconference or a combination of video-conference, teleconference and/or in-person attendance, every Member having voting rights shall have one vote, and unless a poll be demanded, a declaration by the Chair that a resolution has been carried or not carried and an entry to that effect in the minutes of the Corporation shall be admissible in evidence as prima facie proof of the fact without proof of the number or proportion of the votes accorded in favour of, or against, such resolution. The demand for a poll may be withdrawn, but if a poll be demanded and not withdrawn, the question shall be decided by a majority of votes given by the Members present in person, and such poll shall be taken in such manner as the Chair shall direct and the result of such poll shall be deemed the decision of the Members of the Corporation upon the matter in question.

The Corporation shall be governed by a Board of Directors comprised of a minimum of seven (7) and a maximum of fifteen (15) members. A minimum of three (3) sitting directors must be residents in the Chalmers Neighbourhood.

Any member of the Corporation may be appointed or elected as a Director provided         he/she is:

A non-voting position for youth candidate(s)will be established and may be appointed.

On an annual basis, the Board of Directors shall constitute a Nominating Committee for the purpose of establishing a slate of members to present to the AGM for election as Directors. Nominations will also be sought from the floor of the AGM.

The terms of office for all directors shall be two (2) years in duration. A director may serve three (3) two (2) year terms to a maximum of six (6) years.  After serving the maximum allowable terms, a director must step down and wait a period of one (1) year before seeking to be re-elected to the Board.

A director may resign their position by providing written notice to the Board of Directors – Chairperson.

A director’s position shall be deemed vacant if:

The Board of Directors may remove a director for cause, including but not limited to, criminal conduct or conduct that is contrary to the best interest of the Corporation, by a resolution with a fifty percent (50%) plus one (1) majority vote.

The Board of Directors is authorized to appoint a replacement for a director who has resigned, whose position has been deemed vacant or who has been removed by resolution. Such an appointment shall be in effect until the next Annual General Meeting. A director appointed to complete a term vacated by another director shall be eligible to be re-elected by the AGM for three (3) consecutive, two (2) year terms.

4.6       Limitation of Liability and Indemnification of Directors

Every director, officer, their heirs, executors and administrators, and estate and effects respectively, shall by this by-law from time to time and at all times, be indemnified and saved harmless by the Corporation from and against all cost, charges, and expenses that a director or officer sustains or incurs regarding any action, suit, or proceeding that is brought against him or her in respect of any act, deed, or omission pursuant to the execution of their duties, except such costs, charges and expenses that are occasioned by his or her own willful neglect or default.

The Board of Directors shall meet no less than eight (8) times a year at a time and location determined by the Board.

A meeting of the Board may be called by the chairperson or by 50% of the sitting directors. Notice of Board meetings must be distributed to all Directors by the means required by the individual Director, no less than ten (10) days prior to the scheduled meeting.

Quorum for any meeting of the Board of Directors shall be 50% plus one (1) of the sitting directors.

4.9       Powers and Responsibility of the Board of Directors

The Board of Directors may exercise all the powers of the Corporation, including the authorization of expenditures, the borrowing of money and the execution of legal documents. In exercising these powers, directors of the Corporation shall act honestly and in good faith with a view to the best interests of the Corporation, and shall exercise the care and diligence that a reasonably prudent person would exercise in comparable circumstances.

The Board will adopt a Governance Manual that includes all policies including a conflict of interest policy and a confidentiality policy and directors will conduct themselves in accordance with the policies contained in the manual.

The Board shall adopt an agreed upon method for arriving at consensus decisions and that method shall be outlined in the Governance Manual. In the event consensus cannot be achieved on an issue under discussion, any three (3) Directors may require a formal vote on the matter. Such a vote must attain a 75% majority in order for the resolution to pass.

The Directors of the Board shall elect the Officers from among their number at the first meeting of the Board after the AGM each year. The incumbent Officers will retain office until such meeting and election has taken place. At least two (2) of the Officers must be residents in the Chalmers Neighbourhood. Officers will be elected for a one (1) year term.

Duties and Responsibilities for the Officers will be maintained in the board Governance Manual.

The Officers of the Corporation may from time to time be authorized by the Board to make time sensitive decisions between Board meetings. Such decisions will be ratified by the Board at the next meeting.

Any of the Officers of the Corporation may be removed by a resolution of the Board which attains 75% majority support.

The Registered Office of the Corporation shall be within the Chalmers Neighbourhood boundaries in the City of Winnipeg as determined by the Board of Directors.

The fiscal year of the Corporation shall be April 1 to March 31.

A minimum of two (2) board directors and the Executive Director shall be designated signing authorities for the Corporation. Any two (2) of these authorities may sign cheques, contracts, agreements or other documents or instruments that have been authorized by the Board of Directors by policy directive or resolution.

6.5       Disposition of Assets upon Dissolution

In the event that the Corporation shall cease operations or be dissolved, the Board of Directors, after retiring any and all debts or liabilities, shall ensure the remaining proceeds of the net assets shall be transferred to a like-minded community organization.

These bylaws may be amended, added to, altered or repealed at any Annual General Meeting or Special Meeting of the members by a resolution passed by a two-thirds majority of those in attendance at the meeting provided that notice for the meeting also gives notice of the intent to amend, add to, alter or repeal the by-laws.

Amended by-laws take effect immediately after approval of the Resolution to amend.

Adopted by a resolution of the membership of the Chalmers Neighbourhood Renewal Corporation: 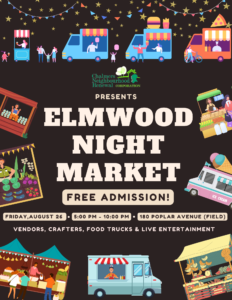